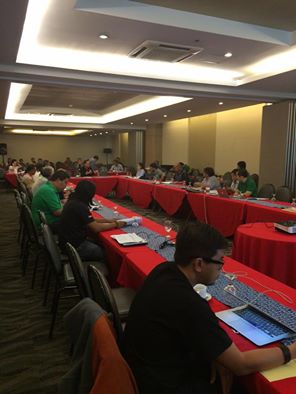 With its commitment for a sustainable use of the sea and its resources, on June 10, 2014, European Union (EU) issued ‘yellow card’ warning to the Philippines for its weak efforts to combat illegal, unreported and unregulated fishing (IUU). In its press release, the major shortcoming that was identified by the giant economic bloc of governments is the country’s lack of systems, based on internationally adopted rules, to sanction deficiencies in monitoring, controlling and surveillance. And to help rectify the situation, EU extends assistance to the Philippines according to its proposed action plan that needs to be completed in six-month period.

One area of engagement that was pointed out by the action plan is amending Republic Act 8550 or the 1998 Fisheries Code of the Philippines.A large deal is at stake should Philippines fail to comply.To start with, EU is one of the important export markets for the Philippine seafood industry, next to the United States and Japan. It was reported in the Wall Street Journal that Philippine fishery exports to EU amount to US$ 230 million in the year 2013 alone. This possible economic loss was seriously considered by the government and paved the way to some legislative actions.The Bureau of Fisheries and Aquatic Resources (BFAR) took the lead role in ensuring that a new amended fishery law is ready to be signed before the deadline. The deliberation process in both the House of Congress and Senate did not take so long and each legislative version of the law, H.B. 4536 and S.B. 2414 respectively, finally met on a bicameral assembly for harmonization on Nov. 27, 2014. This resulted to a consolidated bill which was reportedly signed by Speaker Sonny Belmonte of the House of Representatives on January 22, 2015.The Senate promptly followed. President Aquino, on the other hand, opted to neither veto nor sign the consolidated bill, thus after thirty days it lapsed into law.

The NGOs for Fisheries Reform currently sits as drafting committee member for the implementing rules and regulations of Republic Act 10654. The IRR is expected to be issued in September 2015.